It’s tough to hide a dragon in school, even an invisible one if he doesn’t listen. Pa told me I had to take the dragon everywhere, so I did my best. But Max, I named him Max, had a mind of his own.

He’d appear at the worst moment, in the middle of a spelling test or when I was reading out loud, and buzz around the class. No one else could see him, but everyone thought I was weird because I’d watch him fly over and under desks, knocking books to the floor and sending papers flying everywhere.

I laughed out loud once when he landed on Mrs. Butler’s head. Her puffy hair squished down like a nest. She sent me to the principal’s office. But I couldn’t say anything, no one would believe me anyway.

I made it through the first school year and the next few. By the time I was ten and a half years-old, Max could barely fit in my house. He had to duck down to get in my room. And he flew higher and further until he was just a dot in the sky.

That summer, between baseball and playing with my friends, I’d watch Max fly around the backyard. He was getting good at it. Feeding him was becoming a problem, though.

When he was small, I shared my lunch with him. Now, he was getting bigger, and hungrier, by the day. Pa helped, but he got sick. Soon after, Pa and Nana were gone. I missed them, but Max kept me busy.

He would fly off and come back with corn stalks hanging out of his mouth. He loved mice and bugs and especially ice cream. I would buy three ice cream sandwiches from Peter Palagi’s truck, and the other kids would stare.

It was embarrassing, and I was spending all my allowance on feeding him.

Just before school started, Max and I were lying in the sun in the backyard. Dragons love to lie in the sun. 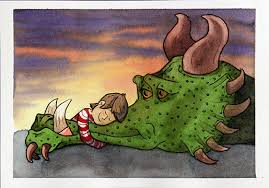 Anyway, I had my eyes closed and my head against Max when I heard a voice.

“Okay, Joe, time to learn to fly this dragon.”

I opened my eyes, blinked into the bright sun, and tried to make out who was standing there. Max jumped up and danced around. I lay on the ground looking up.

Standing before me was an Elf.

An actual Elf, but not like any other Elf I’d ever seen. Not that I’d ever seen many, just pictures or on TV, but still this Elf was different.

“You’re a girl,” was all I could manage.

“Of course, I’m a girl. We want you to learn the right way to fly your dragon. Boys are not good teachers. I’m not sure what they’re good for.” She paused for a moment. “Now let’s go. We’ve got a lot to do before Christmas gets here.”

“Galadriel Merry Christmas Joy to the World Jingle Bells Elf, but you can call me El.”

“Yup, I like short and sweet. That okay with you?” She glared at me, tapping her foot.

I shrugged then looked at Max who was still dancing around. “Why’s he so happy?”

“Because he knows your time to protect Christmas is coming. It’s what Christmas Dragon teams do.” She reached down and pulled me to my feet. “Let’s go, Joe. You have a lot to learn.”

“Go? Go where?”  As the words came out of my mouth, Max stuck his head between my legs, lifted me up, and I slid down his neck onto his back. To my left, El was riding a reindeer with a, I know it’s hard to believe, shiny nose.

“Oh yeah, I forgot that part.”

“Rudy likes to check out all the new Christmas Dragon teams. And he enjoys the next part.”

Rudolph hovered nearby, bouncing in the sky, pawing at the air.

Max raised his wings, they quivered as he stared at El. She nodded.

“What’s the next parrrrrrrrrrrrrrrrrrrrrrt…………” my voice trailing off as we rocketed into the sky. I wrapped my arms around Max’s neck as the wind whipped by.

“This part,” El yelled as she flew alongside. Rudolph grinned from antler to antler.

She laughed. “First lesson, hanging on.”

We just returned from a quick 5-day trip to Iceland. Arriving at 4:30 am local time, in the dark and the rain, after leaving Boston at 6:00 pm puts your Circadian Rhythm into Jazz mode. Your eyes tell you one thing, your head tells you something else.

Being in a place so close to the Arctic Circle (66° North Latitude) the short day was a bit disconcerting.

Sunrise on our last day was 11:09 am and sunset was 3:33 pm. A whopping 4 hours 21 minutes of daylight. This time of year Iceland is dark with several hours of twilight they call daytime.

But, it does have some creative people.

One of the most popular spots on the island is the Blue Lagoon. An expansive, mystical place. You soak in geothermally heated waters, engulfed by mists, sipping an Icelandic Viking beer, surrounded by snowcapped volcanic peaks.

The water is pristine clean. They harness the geothermally superheated steam to power the turbines and generate electricity. Nevertheless, it is the stuff they discharge.

What a brilliant idea! Not only do they generate all their power and get all their hot water from a renewable source, they charge tourist to bath in the discharge. Brilliant.

Another draw to Iceland is the Northern Lights, Aurora Borealis. This phenomenon is visible as far south as 35° north latitude. But the level of light pollution in the US precludes most of it. We spent a few hours watching the lights dance in the sky. 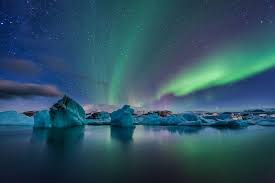 Well worth the effort. Listening to the comments from the uneducated masses (most of whom were Americans) was even more entertaining.

“Why don’t they turn them on over the city?”

And then there are the legends of the Elves, Trolls, and other “hidden” people. Iceland has put curves in roadways (where none were needed) to avoid moving a rock they believe to be the home of these creatures.

They’ve hired mediums to negotiate with the hidden people. It’s like a government version of those ghost hunter shows. They never find anything, but somebody gets paid.

Legends abound of both benevolent and malevolent interactions between Icelanders and the hidden people. The stories are entertaining. They illustrate the proliferation of myths that become embedded in the fabric of a society.

So, do yourself a favor and head to Iceland. It is a beautiful country. They say there are two versions of Iceland, winter and summer. Short, dark winter days and long, bright summer days.  An experience worth adding to the list. 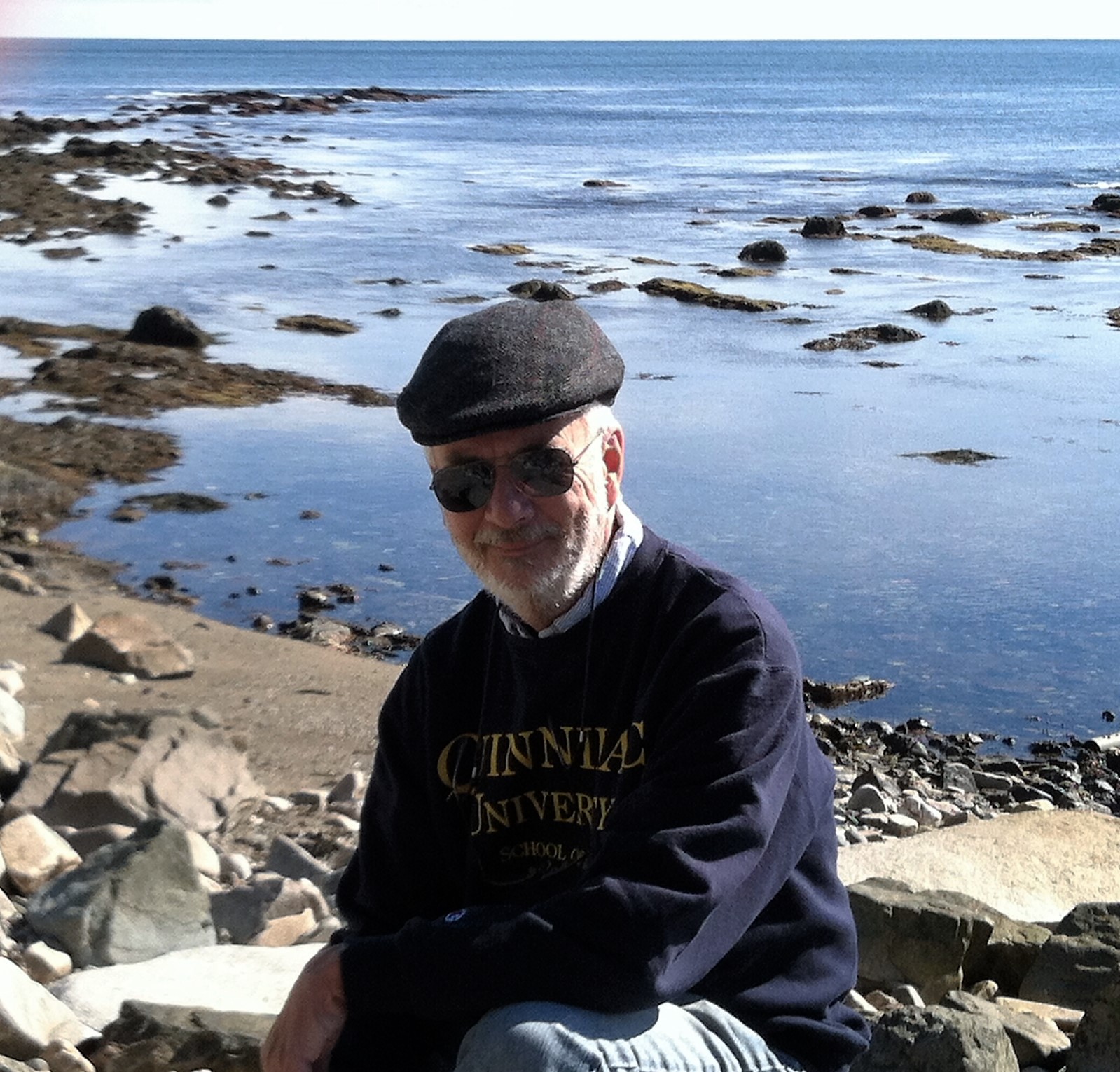 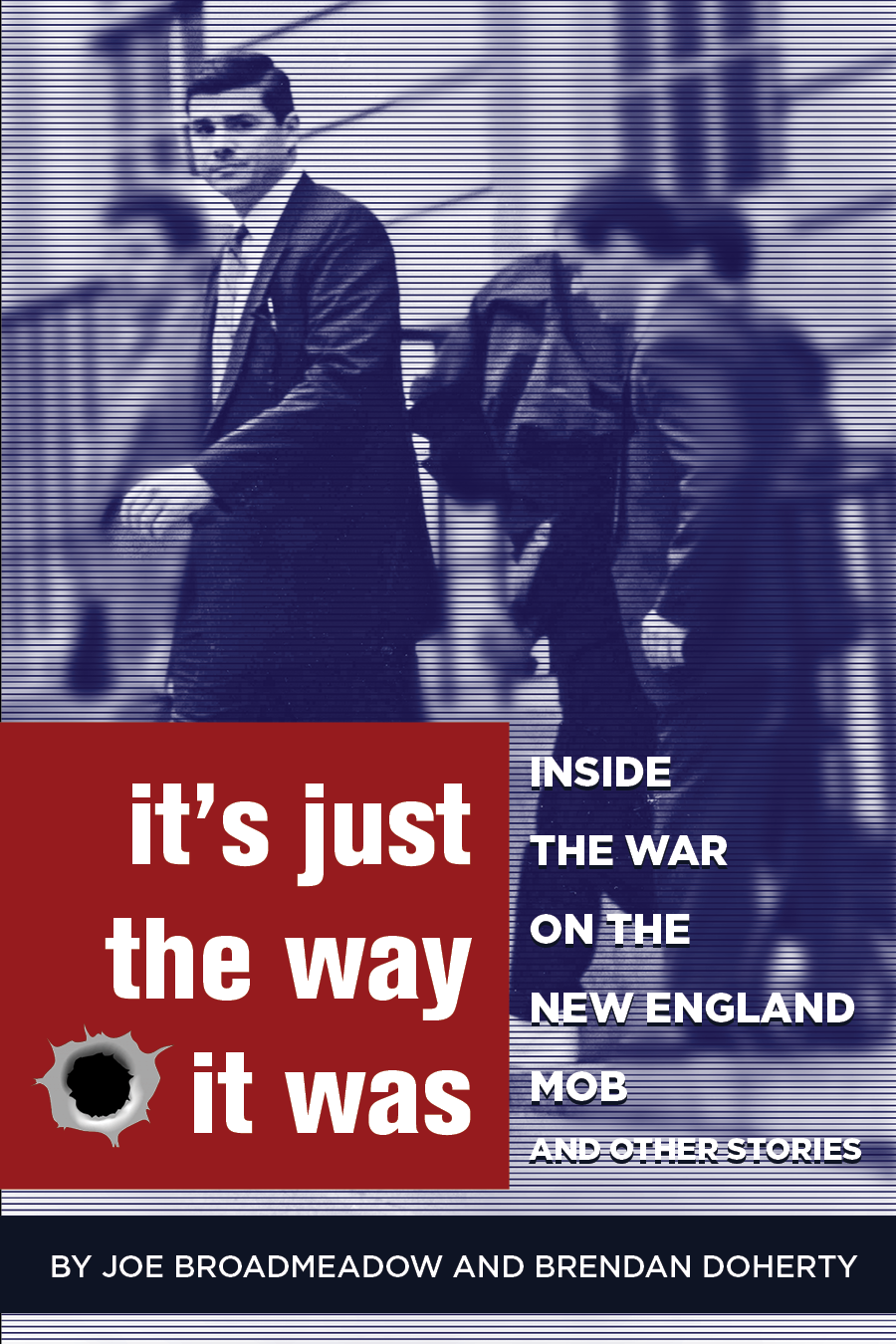